The Prosopography of Ebla 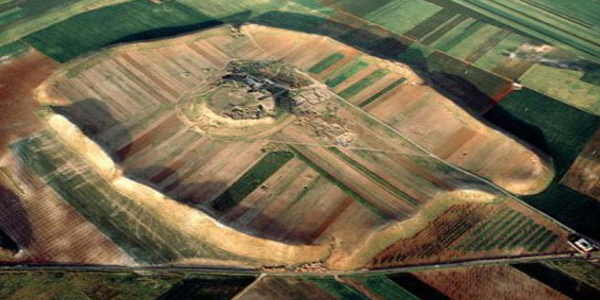 The administrative and chancery cuneiform texts of the Archives of the Ebla Palace G (Tell Mardikh, Syria, 24th century BC) offer an exceptional anthroponomastic corpus relating to the whole of Syria and part of Mesopotamia. The personal names in the Ebla texts refer first of all to members of the elites – sovereigns and high-ranking officials (including priests) and their relatives – in Ebla itself and in the other great political capitals of the period, as far as Mari, Nagar and Kiš. Besides these, the texts record the personal names of minor palatine officials, of those in charge of the small towns and villages, and of people belonging to other strata of the population, such as merchants, artisans, farmers and artists.

The in-depth study of the political and cultural history of the Near East in the period of the Ebla Archives requires from the very outset as reliable an identification as possible of the individual people mentioned in the texts. Only an accurate prosopographical analysis makes it possible to distinguish – often despite cases of homonymy – family memberships, careers, occupations and geographical origins.

The repertoire of personal names established by prosopographical analysis, which also makes it possible to identify graphic variants, forms the basis for the complementary onomastic study, aimed at providing a linguistic interpretation of individual names.

The individual entries in The Prosopography of Ebla organise the occurrences of the personal names of Ebla according to criteria that enable an initial identification of those people whose existence and activity were recorded by the Palace G scribes. Some characteristics are particularly privileged, such as relations of kinship and dependence, names of functions and professions, and geographical origins, but some activities are also highlighted. When possible, each personal name is analysed linguistically. In addition, a comment on the individual personal names explains the reasons for disambiguating the occurrences, outlines the political and social importance of the individual people identified, and provides basic bibliographical information.

The Prosopography of Ebla provides further materials useful for research, such as lists of personnel, bibliographies and links.

The present investigation – begun as the PRIN 2006 project (“Aspetti linguistici e prosopografici dell’antroponimia della Siria settentrionale del XXIV sec. a.C. nei testi di Ebla”) and then renewed as PRIN 2008 (“Aspetti linguistici e prosopografici dell’antroponimia dei testi di Ebla”) – has been carried out by two Research Units, one from the University of Florence, under the responsibility of Pelio Fornzaroli and then of Amalia Catagnoti, and the other from the University of Rome “La Sapienza”, under the responsibility of Alfonso Archi and then of Maria Giovanna Biga.

Once the PRIN 2008 funding had ended, the research became a project of the University of Florence, under the responsibility of Amalia Catagnoti.